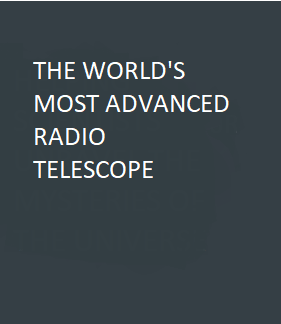 The Atacama Large Milliometer/submillimeter Array (ALMA) observatory in Chile is supported by 25 four-story antennas built by CPI SAT. The highly specialized radio-telescope antennas are helping astronomers study the origins of galaxies, stars and planets. ALMA allows scientists to observe and image galaxies out to the edge of the universe, and stars and planets in their formative stages with unprecedented clarity. CPI SAT designed and built 25 12-meter antennas for the North American portion of the project.

CPI SAT delivered the first antenna to the ALMA site in Chile in 2007. The extremely dry conditions, where the air is too thin for humans to work without oxygen, is the ideal location for the array because it limits environmental and other factors that would interfere with the antenna’s operation if it were closer to sea level.