"Despite challenging global economic conditions and the difficult budgetary environment, demand for CPI's products has remained robust, enabling CPI to achieve strong operational and financial results during fiscal 2013. In fact, our fiscal 2013 orders and sales were the strongest in our history, and our backlog continues to be very healthy," said Joe Caldarelli, chief executive officer of CPI.

"Additionally, our acquisition of the Codan Satcom business toward the end of fiscal 2012 and of the MCL business this summer have been well received by customers. The Codan Satcom and MCL businesses have been integrated smoothly into our existing communications business. Our more recent acquisition of Radant Technologies in early October is also progressing well and is expected to make a meaningful contribution to our fiscal 2014 financial results."

In fiscal 2013, CPI booked orders totaling $464 million, an increase of 21 percent from the $383 million booked in the previous year. Notably, orders for defense and communications products increased by double digits during fiscal 2013.

CPI's book-to-bill ratio for the year was 1.11. As of September 27, 2013, its order backlog equaled $293 million, representing the company's highest year-end backlog ever.

In comparison to fiscal 2012, CPI's fiscal 2013 orders in its three largest end markets were as follows:

CPI generated total sales of $419 million in fiscal 2013, an increase of seven percent from the $391 million generated in the prior year. In comparison to fiscal 2012, CPI's fiscal 2013 sales in its three largest end markets were as follows:

In fiscal 2013, CPI's net income totaled $10.9 million, an increase from the $3.7 million recorded in the previous fiscal year. This increase in net income was primarily the result of higher total sales and sales of products with higher margins in fiscal 2013. CPI's net income also benefited from a decrease in intangible asset amortization related to the acquisition of CPI by The Veritas Capital Fund IV, L.P. in February 2011.

"We expect no significant changes to market conditions in fiscal 2014. We will continue to be mindful of fluctuations and unpredictability in government funding, and will react accordingly, but we do not expect these fluctuations to have a meaningful impact on our results in the coming year. Typically, more than half of our defense sales are for spare and repair products for numerous already fielded programs, protecting our defense business from large cuts to new programs," said Caldarelli. "Our fiscal 2014 results will benefit, of course, from the inclusion of the Radant business for the entire fiscal year."

The effective tax rate for fiscal 2013 is expected to be approximately 38 percent, excluding discrete tax adjustments.

In conjunction with this announcement, CPI will hold a conference call on Wednesday, December 11, 2013 at 11:00 a.m. (EST) that simultaneously will be broadcast live over the Internet on the company's Web site. To participate in the conference call, please dial (800) 649-5127, or (253) 237-1144 for international callers, enter conference ID 11351999 and ask for the CPI International Fiscal 2013 Financial Results Conference Call. To access the call via the Internet, please visit http://investor.cpii.com and click "Events." 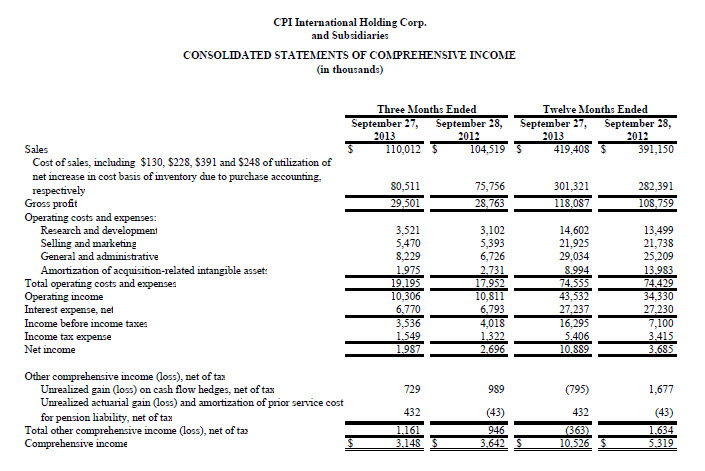 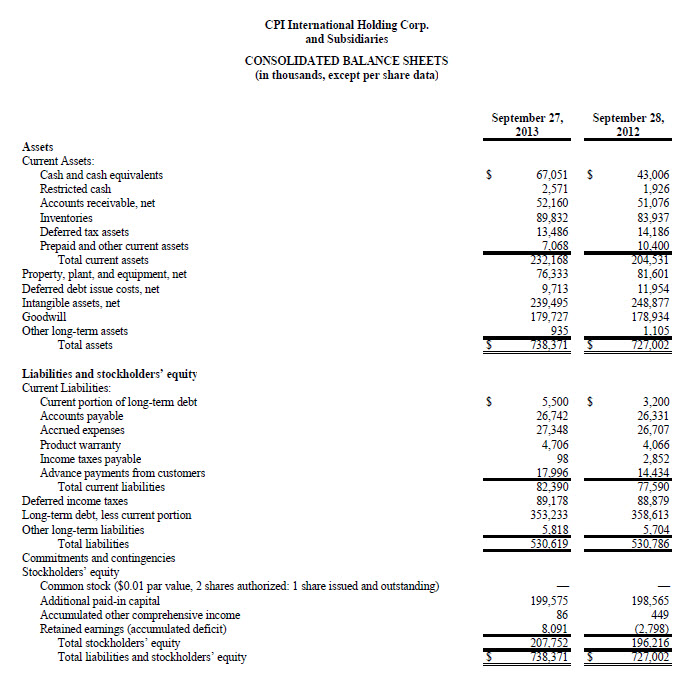 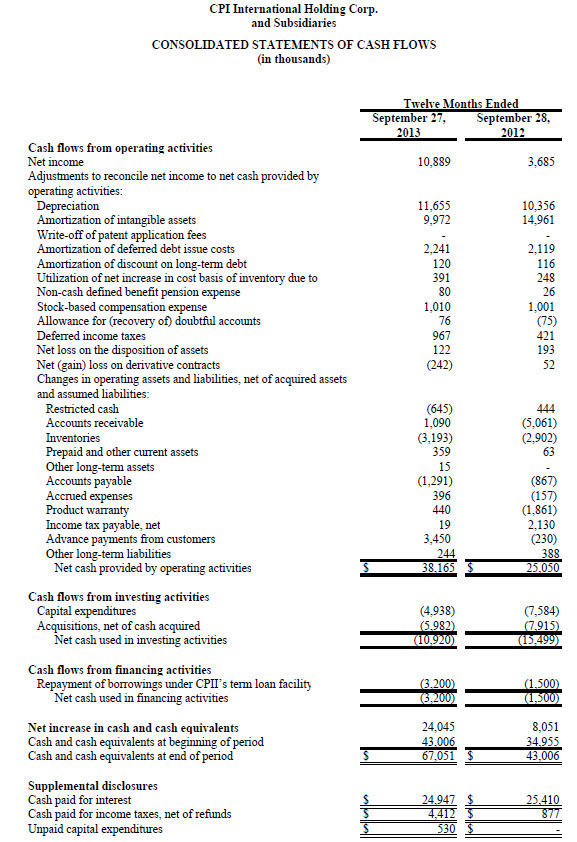 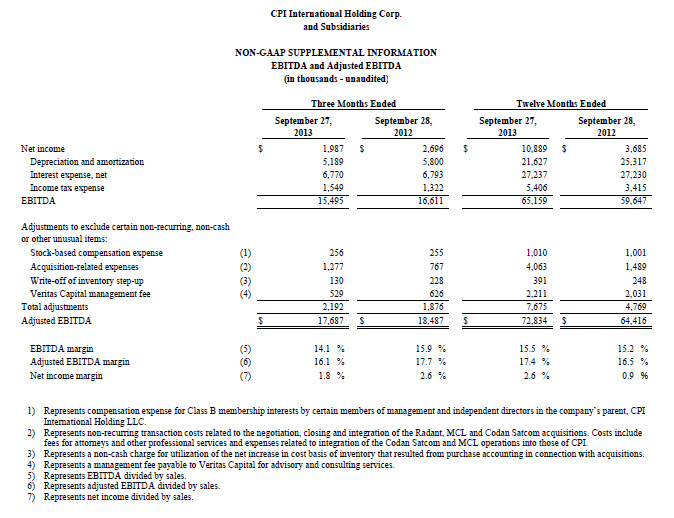 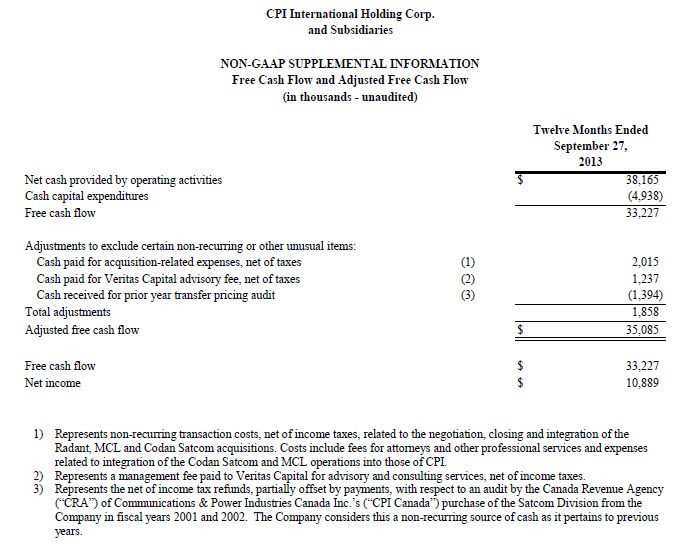