"In the third quarter, CPI's strong operational and financial performance continued. We generated our highest quarterly sales rate ever, recorded our highest quarterly backlog level ever, and also set new highs for our sales and orders for the first nine months of a fiscal year. In addition, in comparison to last year's third quarter, our orders and sales grew in each of our largest end markets, and our profitability measures increased," said Joe Caldarelli, chief executive officer. "Market conditions continue to be generally favorable, our investments in our communications business and solid-state offerings are driving positive results and we look forward to continued positive momentum in the coming quarters."

During the first nine months of fiscal 2013, CPI booked orders totaling $386 million, an increase of 37 percent from the $282 million booked in the same period of the previous year. In particular, orders for radar and military communications programs increased during the recent period.

In comparison to the same period of the previous fiscal year, in the first nine months of fiscal 2013, CPI's orders in its largest end markets were as follows:

CPI's net income in the third quarter of fiscal 2013 totaled $6.2 million, an increase from the $2.9 million recorded in the previous year's third quarter. The increase in net income was primarily due to higher total sales and sales of products with higher margins in the most recent quarter. Net income also benefited from a decrease in intangible asset amortization related to the acquisition of CPI by The Veritas Capital Fund IV, L.P. in February 2011.

"Due to CPI's excellent financial performance in fiscal 2013 to date, we are tightening and raising our guidance for the remainder of the year," said Caldarelli. For fiscal 2013, CPI expects:

The effective tax rate for fiscal 2013 is expected to be approximately 37 percent, excluding discrete tax adjustments.

In conjunction with this announcement, CPI will hold a conference call on Thursday, August 8, 2013 at 11:00 a.m. (EDT) that simultaneously will be broadcast live over the Internet on the company's Web site. To participate in the conference call, please dial (800) 649-5127, or (253) 237-1144 for international callers, enter conference ID 24504565 and ask for the CPI International Third Quarter Fiscal 2013 Financial Results Conference Call. To access the call via the Internet, please visit http://investor.cpii.com and click "Events." 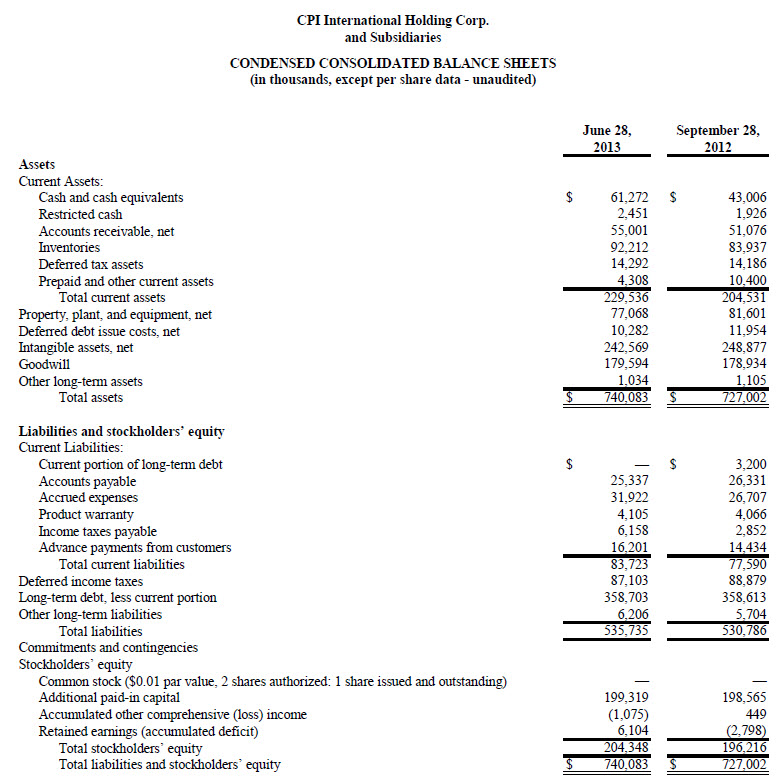 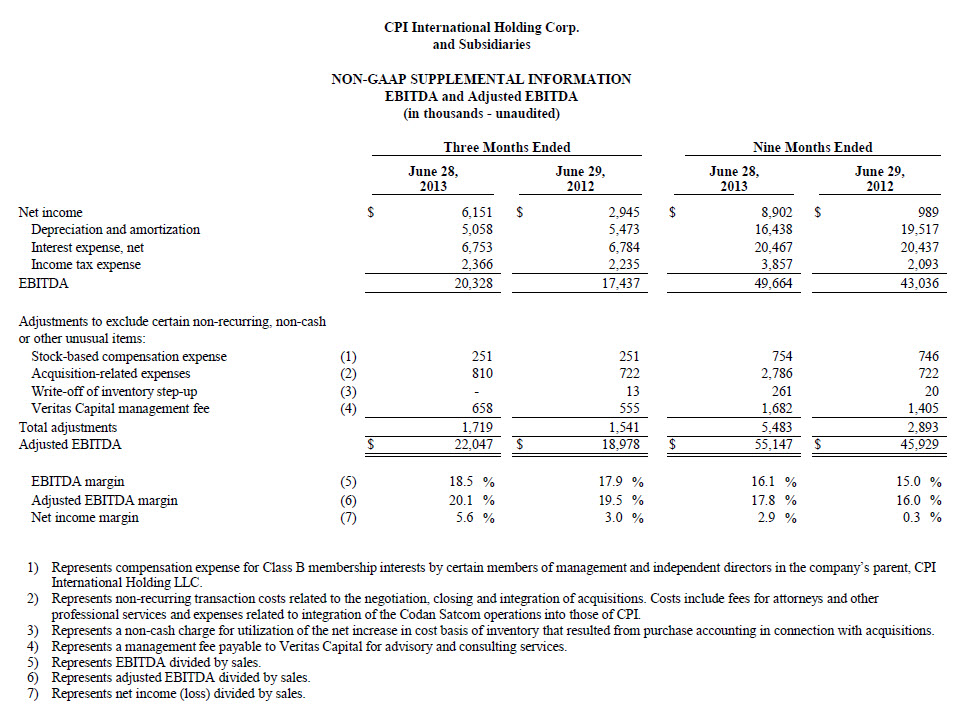 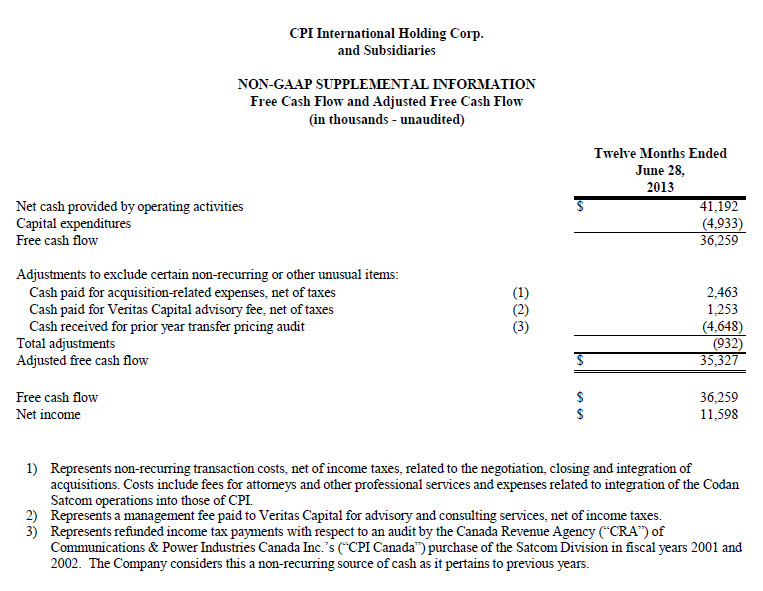