"CPI's second quarter saw a continuation of the positive momentum and trends that we have enjoyed in recent quarters. Our revenue and profitability continue to grow, demand for our products is healthy, and conditions within our end markets are stable. We have seen no measureable impact from sequestration and other potential government budget cuts; in fact, our defense market sales and orders each grew by double digits in the second quarter. Additionally, the integration of the Codan Satcom business into our North American facilities has gone smoothly, and this business has had a favorable impact on our communications market sales and orders results this year," said Joe Caldarelli, chief executive officer.

Orders booked during the first six months of fiscal 2013 totaled $264 million, an increase of 35 percent from the same period of the previous fiscal year. A major contributor to this increase was a sizeable multi-year order that was booked in the most recent period for CPI's advanced tactical common data link (TCDL) antenna products to support intelligence, surveillance and reconnaissance (ISR) military communications applications.

For the 12-month period ending on March 29, 2013, CPI's book-to-bill ratio was 1.13. As of that date, CPI's order backlog was $307 million, representing the company's highest ever level of backlog.

In comparison to the same period of the prior year, in the first six months of fiscal 2013, CPI's orders in its largest end markets were as follows:

CPI's net income totaled $1.3 million in the second quarter of fiscal 2013, improving from a $0.3 million net loss in the same quarter of the prior year. The increase in net income was principally due to higher total sales in the most recent quarter. Net income in the most recent quarter also benefited from a decrease in intangible asset amortization related to the February 2011 acquisition of CPI by The Veritas Capital Fund IV, L.P. Partially offsetting these positive factors, CPI incurred expenses related to the negotiation, closing and integration of acquisitions, including the integration of the Codan Satcom business into CPI, in the second quarter of fiscal 2013; there were no such expenses in the year-ago quarter.

CPI expects its effective tax rate for fiscal 2013 will be approximately 39 percent.

In conjunction with this announcement, CPI will hold a conference call on Wednesday, May 8, 2013 at 10:00 a.m. (EDT) that simultaneously will be broadcast live over the Internet on the company's Web site. To participate in the conference call, please dial (800) 649-5127, or (253) 237-1144 for international callers, enter conference ID 50901026 and ask for the CPI International Second Quarter Fiscal 2013 Financial Results Conference Call. To access the call via the Internet, please visit http://investor.cpii.com and click "Events." 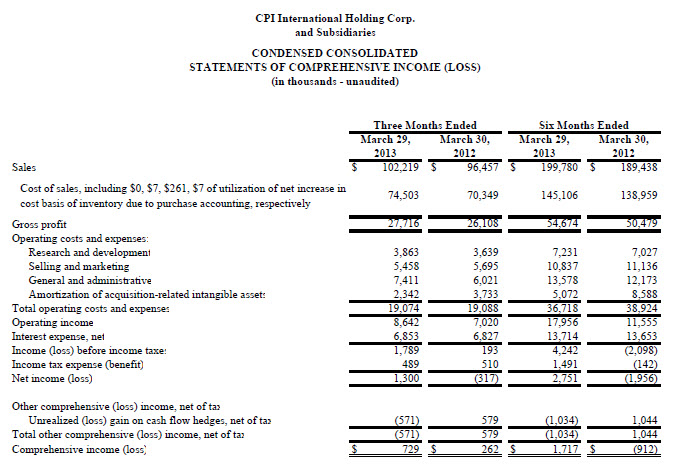 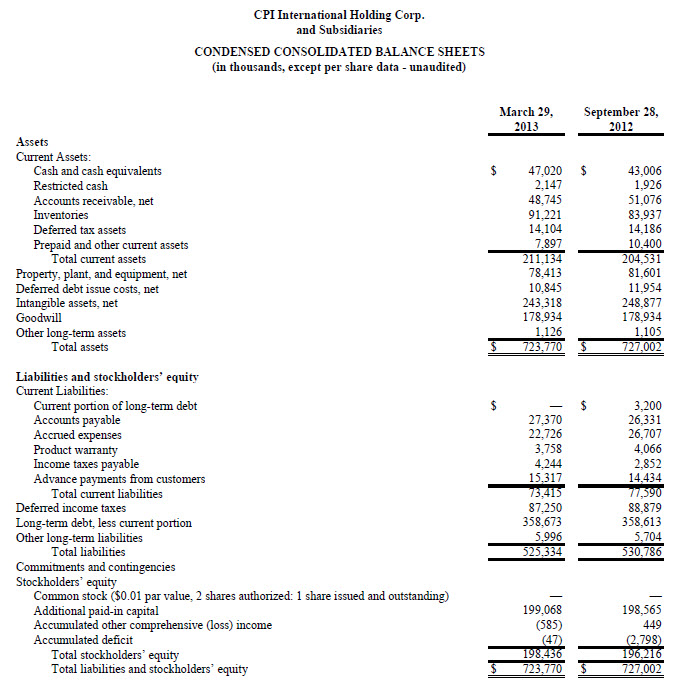 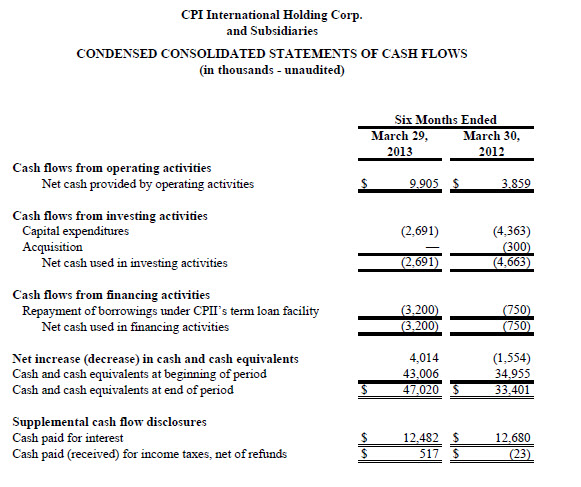 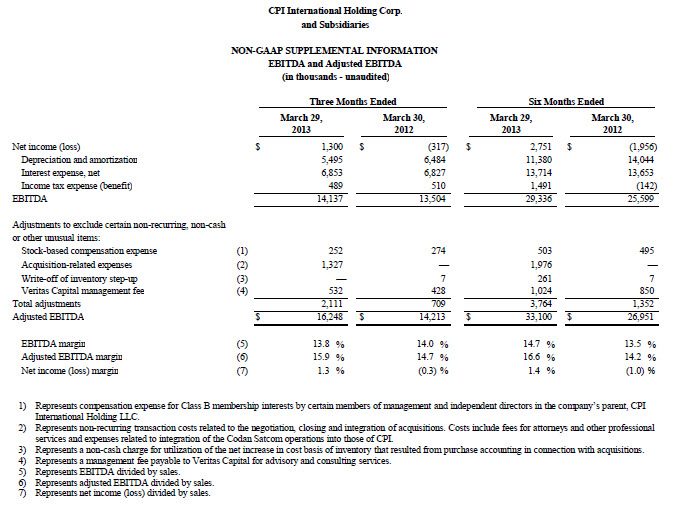 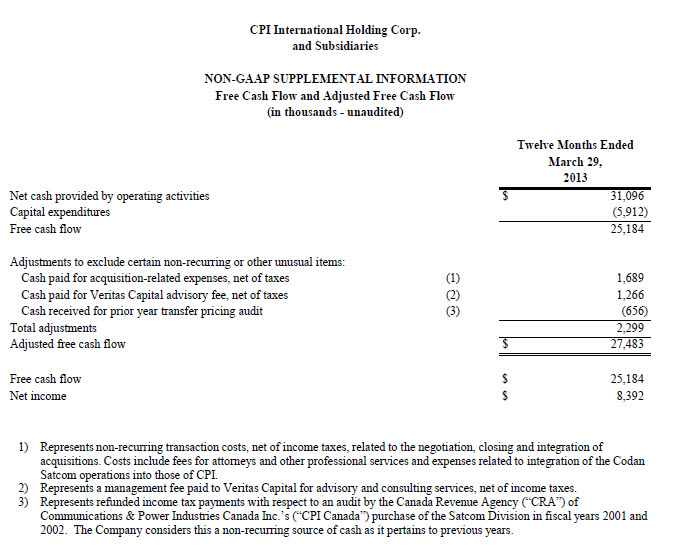